Bob Dylan was named the winner of the 2016 Nobel prize for literature in Stockholm today, “for having created new poetic expressions within the great American song tradition”. 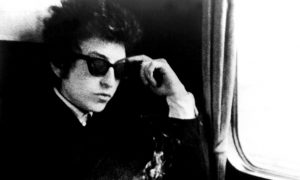 Dylan, who was born Robert Allen Zimmerman, in May 24, 1941 is an American singer-songwriter, artist and writer. He has been influential in popular music and culture for more than five decades. Much of his most celebrated work dates from the 1960s. His early songs such as “Blowin’ in the Wind” and “The Times They Are a-Changin’” became anthems for the American civil rights and anti-war movements. Leaving behind his initial base in the American folk music revival, his six-minute single “Like a Rolling Stone“, recorded in 1965, enlarged the range of popular music.

Speaking to reporters after the announcement, the permanent secretary of the Swedish Academy, Sara Danius, said she hoped the Academy would not be criticised for its choice.

“Of course he deserves it – he’s just got it,” she said. “He’s a great poet in the English-speaking tradition. And he is a wonderful sampler, a very original sampler. He embodies the tradition and for 54 years now he has been at it, reinventing himself constantly, creating a new identity.” 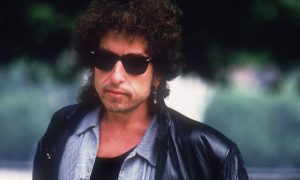 Dylan who got his first guitar at the age of 14 and performed in rock and roll bands in high school, adopted the name after the poet Dylan Thomas, and, drawn to the music of Woody Guthrie, began to perform folk music

The winner of the Nobel prize for literature is chosen by the 18 members of the Swedish Academy, who are looking for “the person who shall have produced in the field of literature the most outstanding work in an ideal direction”, according to Alfred Nobel’s will.

Major writers believed to have been in the running for the award include Kenyan writer, Ngugi wa Thiong’o, the American Don DeLillo and Japanese writer, Haruki Murakami.

Dylan becomes the first American to win the Nobel prize for literature since Toni Morrison took the prize in 1993.

We Did Not Swap Chibok Girls For Terrorists – FG