In Spaniard’s own words:

“First, he is mature and he has experience and we are all living all the time under pressure, under criticism as coaches, as players, as a club,” our head coach said. “The most important thing is to stand up in each moment, go ahead and [for him] to show his quality, with his behaviour, with his commitment and in the dressing room the players voted for him as the first. 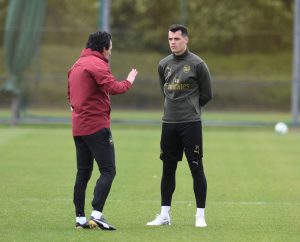 “After, I spoke with him and we want to change that opinion outside because that respect that he has inside the dressing room is very, very important. And also keep moving ahead, playing, improving, and with behaviour, and his commitment. Each match for him, for me, for everybody, is a very good opportunity to show our capacity. 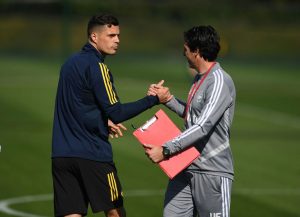 “I trust and believe in him and he is a good man, a good professional and a good player. Sometimes he has made a mistake, yes, but the most important thing is to analyse, to learn and to correct that in the future. 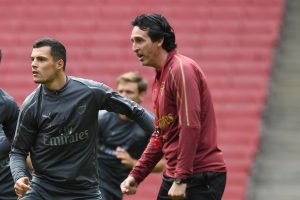 “His challenge, and our challenge, is to change that opinion and above all, show personality and improve in each match and give us his help every time. The first match is on Monday at Manchester United.”

Arsenal go against eternal foe, Manchester United this weekend in a match most football pundits are for the first time in a while swaying in direction of the Londoners given the atmosphere in Manchester United camp and their poor run of result in recent matches. Arsenal uncharacteristically came from the dead to beat Aston Villa last time out in the EPL and trumped Nottingham Forest 5-0 during the week in the Carabao Cup. Man U needed a penalty shootout to overcome League Two side Rochdale.

Stats as Chelsea set to maintain 100 percent record against Brighton