There has been some mild drama on social media after Biggie, who more or less runs the Big Brother house decided to implement a callback system which will allow Nigerians to vote to bring back 2 formerly evicted housemates.

This was announced during the live show where he said fans would be able to bring back two favourites.

This means that Fans get to vote in 2 of their favourite evicted housemates – either Vandora, Princess, Ahneeka, Leo, Ifu Ennada, Dee-One, Bitto, Khloe, Angel, Brule or Anto – back into the house to play for the money.

There were mixed reactions on social media at this development, the biggest being from avid BBNaija watcher, Don Jazzy, who said he didn’t feel it was fair for Biggie to use his authority in that way, in a later tweet, he even teased saying that he’d love Ebuka or Beverly Osu back on the show.

You can check out other reactions below. 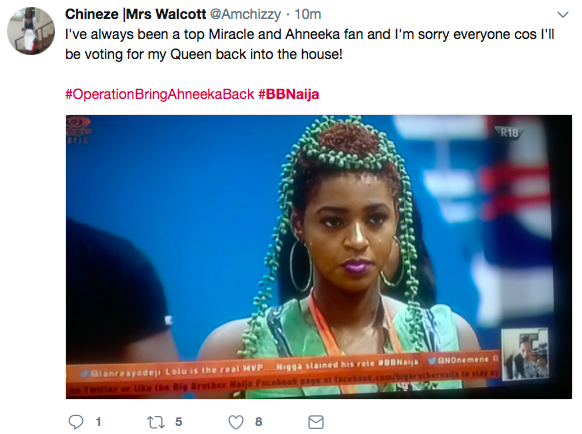 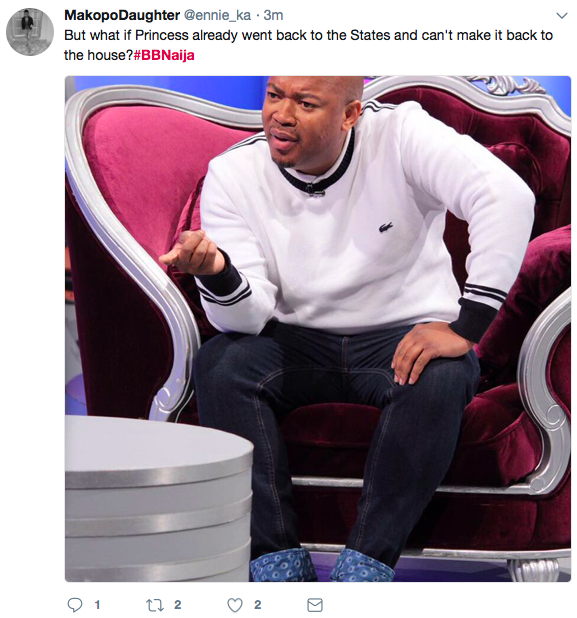 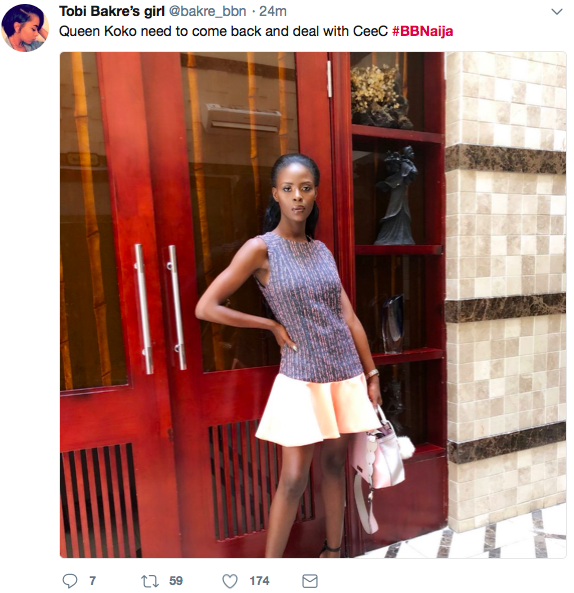 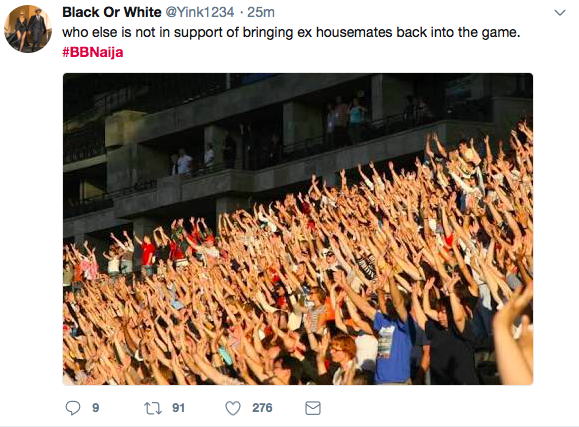 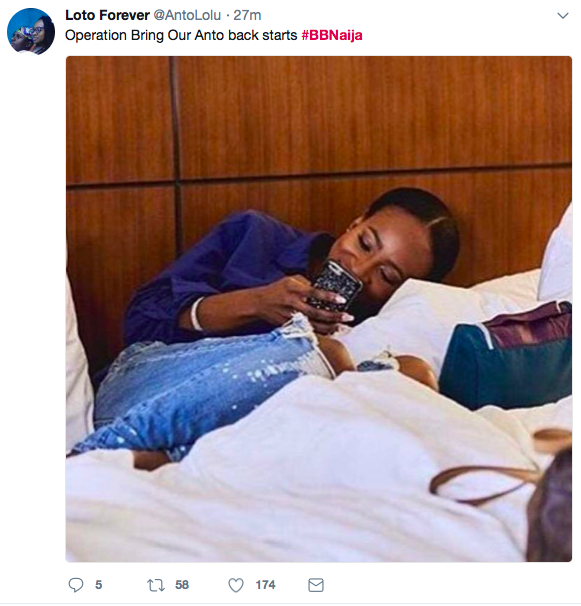 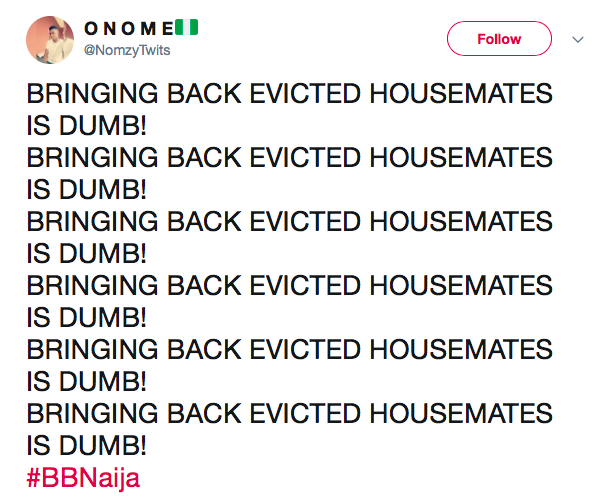 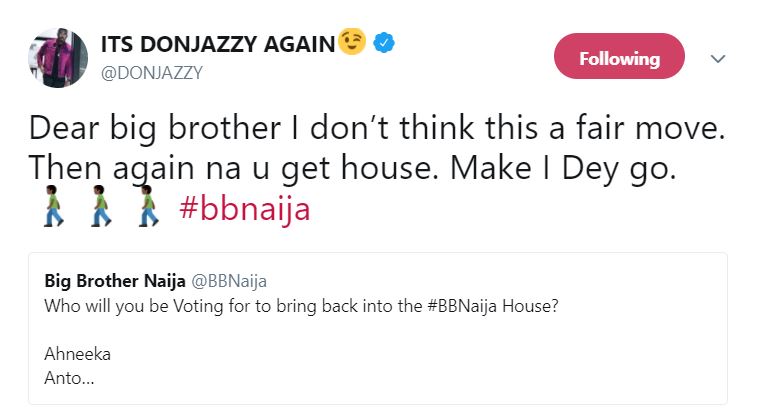