A 32-year old mother of three, shared an emotional story on how she lost her legs in a horrific car crash that almost claimed her life. 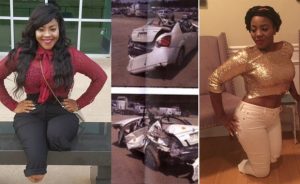 According to the woman, her right leg was dismembered in order to release her from the vehicle and the left leg was severed instantly from impact by guardrail at the scene of the accident.

The successful business woman, who thanked God for his grace, said the incident would have left her hospitalised for a year but she miraculously healed. 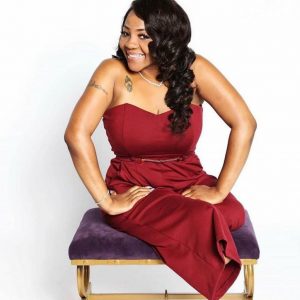 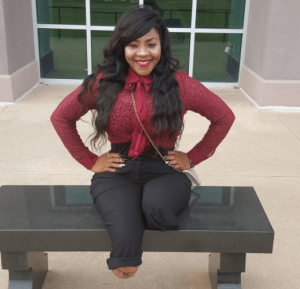 In the blink of an eye, on August 23, 2013, I was involved in a car accident that would change my world forever. It is only by the grace and mercy of God that I, a mother of 3, strident college student, successful business woman, and entrepreneur made it out alive.

The accident was so horrific, that the dreaded “Jaws of Life” was used to free me from the vehicle.

My right leg was dismembered in order to release me from the vehicle, and my left leg was severed instantly from impact by the guardrail at the scene of the accident.

The doctors said that I would be hospitalized for at least one year. Miraculously through prayers and faith from my children, family and friends, I emerged from the hospital within three weeks of the accident and left the hospital.

That’s Right! My world had changed but my passion, purpose and earthly assignment had taken on its predestined form. I understood, not only did He choose me, but I would inspire others by empowering through hope.

I continued running my business while preparing to walk again and I’m now using what most thought was a tragedy as a triumph of the power of the spirit!

I discovered my true purpose and calling while embarking upon a spiritual journey through the unexpected turns of life that led to the light of new beginnings and new chapters.

I discovered that my true purpose and calling is to inspire, empower, enlighten and enrich the minds, lives and spirit of others. 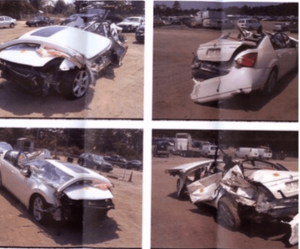 2Face Idibia celebrates his Mum’s Birthday with a beautiful video