Rihanna should probably do a song with Terry G and/or Timaya. The cops found weed on her tour bus.

This is how TMZ is reporting it:

A total of 10 buses were stopped at the Ambassador Bridge, which separates Windsor, Canada and Detroit. Inspectors smelled marijuana on one of the buses and initiated a secondary, bus-to-bus search.

Inspectors then brought drug-sniffing dogs on board, and one of them made a beeline for a passenger and authorities found he was in possession of pot. We’re told he was cited with a civil penalty.

Rihanna was not on any of the buses. 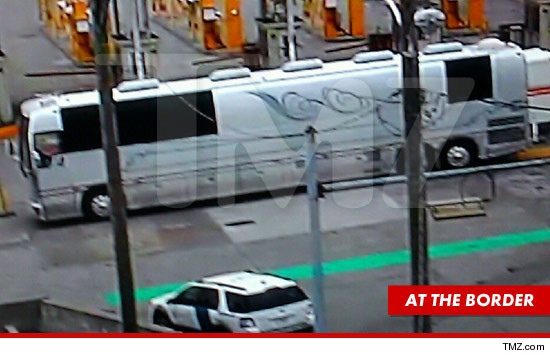 What Kind Of Relative Would Do This?: 11-Year Old Girl Pregnant After Months Of Daily Sexual Abuse! [Video]