Chukwuka Noah Ofulue the Obi of Ubulu-Uku ascended the throne earlier this year after the kidnap and murder of his father Akaeze Edward Ofulue III. In the process, he became the youngest monarch in Nigeria at just 17 years of age.

Chukwuka Noah Ofulue had to take time off his studies in the United Kingdom to come back to Nigeria to undergo the rites necessary for him to ascend the throne.

He was finally presented with his staff of office yesterday though it is believed he won’t begin to rule until he is at least 20 or 21 years old.

You can check out the photos of his presentation ceremony below. 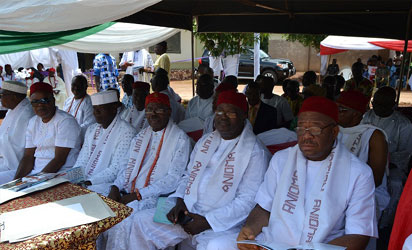 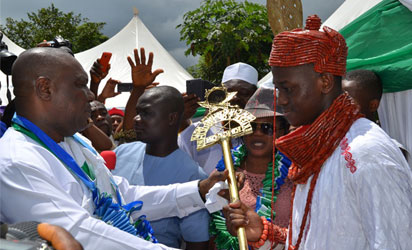 “With money you can buy just anything” – Reactions trail singer…

We’ll use spiritual powers to provide security for Nigerians – Traditionalists