American Rapper, Future And Lori Harvey Reportedly Move In Together

It’s not even been a year since Rapper Future Hendrix and Lori Harvey started dating, but the lovebirds have apparently taken their relationship to the next level.

MTO reports have it that Future and his much younger lover of 22 years, have now moved in together. The duo revealed their relationship not long ago which came as a shock to everyone since Lori Harvey and Diddy were once an item.

Lori Harvey who is Steve Harvey’s stepdaughter, has now moved out of her parents’ home to live with Future in his luxury penthouse apartment in Los Angeles, not far from Steve and Marjorie Harvey’s lavish mansion so she still gets a lot of time to meet her parents whenever she wants. 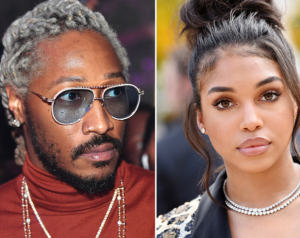 Future already has 6 kids with 6 different women and says he wants more.

An interview with Big Boy of Big Boy’s Neighborhood earlier this year revealed that the Rapper said he wants more sons but is OK with the one daughter he has already because sons carry on your legacy but daughters don’t do that.

He said:  “I gotta have more kids. I don’t want no girls. I got one girl. Me and my boys, we are like best friends. I’m building my legacy. I hustle for my last name. You got to understand when you have a girl, they give away your last name. My sons, I’m just thinking about we got all our last names; it’s gonna be huge. When like, 50 years, 60 years from now, you going to speak of me. You going to speak of my legacy. And that’s what you do. This is what I worked for. Why would you work, have all this and just to leave it with one kid. And then something happen and there is no more of y’all.”

Future and Lori sparked dating rumors in October after fans suspected that they were having a date at Nobu Malibu. The two added fuel to the rumors when they were spotted getting cozy while enjoying Teyana Taylor’s performance at Red Bulls Music Festival in Atlanta, Georgia.