Instagram users are leaving a one star review on Threads App

Facebook released a new app integrated into Instagram called Threads App that’s supposed to rival Sanpchat but the story took a downturn when angry users started to leave one-star reviews on the app on Google’s Playstore. The problem is users were leaving all that one-star review on the wrong Thread App.

Facebook’s Threads for Instagram was being mistaken for the Threads Workplace communication platform. 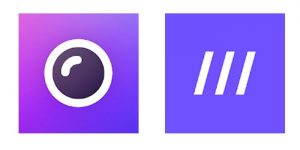 On the left is the icon for Instagrams’s Threads App and on the right is Threads workplace communication platform.

The Instagram users who downloaded the thread app on the right were understandably disappointed when the app was nothing like it was buzzed up to be. Instagram’s Threads App was supposed to deliver fast and efficient photo sharing between users while the Threads Workplace communication app was for team communications and online collaboration.

Threads App is still in beta mode and therefore only users with special access will be able to login and use the app.

“Between it being a Facebook app and not ever receiving the registration email, I’m deleting this POS and never looking back,” a one-star reviewer left on Threads’ Google Play app.

Rousseau Kazi, CEO of the workplace app Threads said it was the confusion over the correct Threads App was “disappointing.” Ironically Kazi himself worked at Facebook before leaving to start Threads Workplace communication.

The confusion has led to Kazi’s platforms seen more traffic but with a negative effect, as they watched their over 4.0 rating plummeted to a 1.0 overnight.

Ambode, Ex-commissioners to be arrested -Speaker