The 16-year old‘s exceptional talent in film production bagged her a recognition with Guinness after she was awarded Youngest Hollywood Executive Producer in the Guinness World Records.

At the age of 14, Marsai produced the incredible “Little” movie in which she also starred alongside Hollywood stars like Regina Hall and Issa Rae.

“To be able to create a film, to star in it and be with your favorite stars, and actually seeing that entire experience was so amazing”.

The young actress had her first bite of the fame-cake through her role as Dianne on the popular  American series, Black-ish.

Marsai reportedly pitched her idea for the Little film to Black-ish producer, Kenya Barris who eventually became one of the producers of the film.

After the pitch was accepted, Marsai secured a deal with Universal Pictures.

The Guinness record noted that Marsai was “only 14 and 241 days” when Little was released.

“She is not only tremendously talented in front of the camera, but offers a unique perspective as a creator and producer that will resonate with all audiences,” President of Universal Pictures, Peter Cramer said in a statement to CNN.

Marsai is set to appear in the 2021 edition of the printed Guinness World Records book.

Her production company, Genius Productions is currently work on an another amazing project, a film titled “StepMonster“. 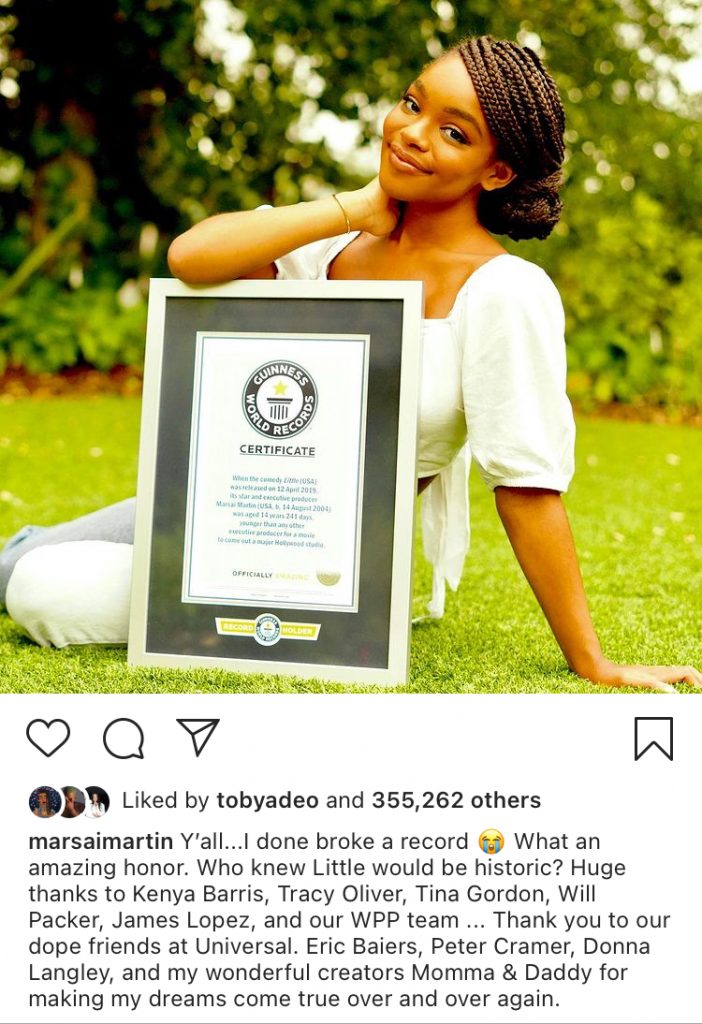 COVID-19 Vaccines Could Be Targeted By Criminals- Interpol