Mompha Deletes All His Instagram Posts Amid Hushpuppi Scandal

Instagram big boy, Ismaila Mustapha popularly known as Mompha has shocked Nigerians by deleting all his posts amid Hushpuppi scandal.

Hushpuppi who was recently arrested by Dubai Police for fraud was popular on Instagram for always flaunting his wealth with pictures of him wearing designer clothes and flying private jets and helicopters.

Many Nigerians believe that It was his excessive show of wealth that resulted in his arrest by Dubai Police.

Following the whole drama, Mompha, who is also known for flaunting his wealth on Instagram has deleted all his posts. 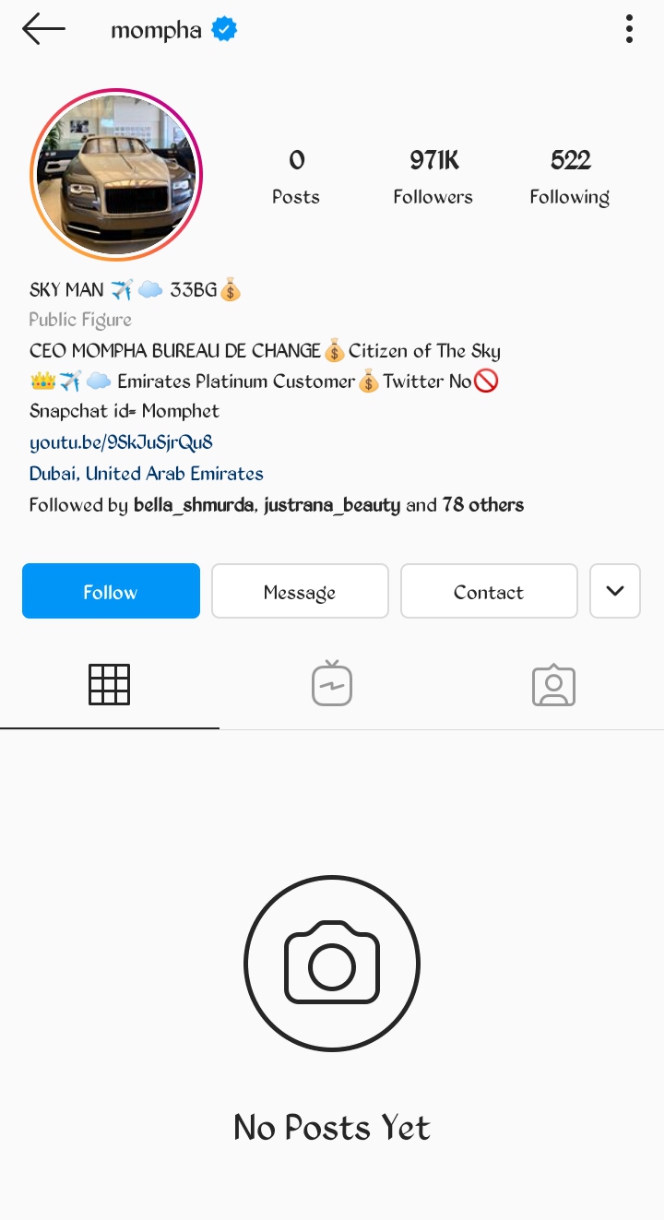 This however isn’t the first time Mompha will delete all his posts, he did the same when he was released by the EFCC on bail of 100m Naira.

This comes weeks after Mompha blasted Instagram users for attracting the Federal Bureau of Investigation (FBI) and Interpol to his personal account.

According to Mompha, followers of his Instagram account were tagging the FBI and Interpol to his page and including comments that read “you are next.”

In a message, the socialite wrote: “Note: For those idiots tagging FBI and Interpol on my page and saying you are next, na thunder go fire those hand you use in typing by the special Grace.”

Some hand sanitisers can cause skin damage – SON warns

Cardi B Crowned Billboard’s Woman Of The Year