A Nigerian man who took delivery of a Bugatti Veyron, one of the world’s most expensive new cars has thrown Lagos into shock.

The car whose value is estimated at N472million was delivered to the Nigerian man in Lagos after it was offloaded. 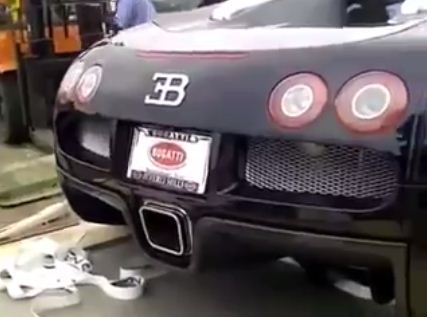 Nigerians present at the offloading were left in shock as the supercar which spots a 1,001 horsepower and a W16 engine was delivered to its owner.

The car acquired by the Nigerian man is owned by a few other people in the world including Christiano Ronaldo, Floyd Mayweathers, Serena and a few others.