A Twitter thread shared by a Nigerian Medical doctor is currently trending.

The user, Dr. Olufunmilayo, used an image to describe the structure of a woman’s womb and indicated how the width and length of a man’s manhood cannot possibly tamper with it.

He mentioned that statement about shifting a woman’s womb with one’s penis is only myth and there are no reasonable explanations for such occurrences.

According to him, “ During labour/delivery, When a woman’s cervix (the gate of the womb) is fully opened at 10cm, to allow a baby to come out, this is what it looks like. But men like to fool themselves and assume they can “shift your womb”. Yet 95% of penis width is under 5cm. Beautiful delusion.”

Many other Nigerians on the platform have shared their opinion about his notion. While some agreed, others cited instances of “womb shifting” they have experienced.

See the reactions below. 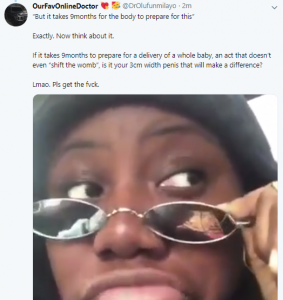 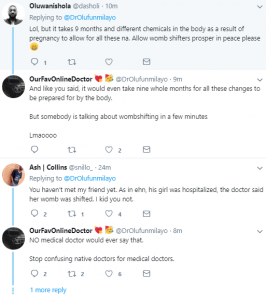 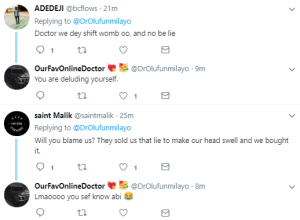 Sultan of Sokoto reveals what he’ll do about kidnapping, banditry in the North