Nigerians have continued to react to the shocking revelations of corruption, abuse of office and sabotage of the Nigerian economy levelled against the Minister of Niger Delta Affairs, Godswill Akpabio from various quarters.

On Friday, the former Acting Managing Director of the Niger Delta Development Commission (NDDC), Ms. Joy Nunieh made damming allegations against the Minister and was nearly attacked by thugs as she spoke to the press regarding the atrocities of Akpabio against the Nigerian State.

Ms. Nunieh said the Minister wanted her to commit acts of illegality and accused her of standing in the way of his Presidential ambition.

“I challenge him to say that he did not give me any oath on the certificate of no objection that he has. I’m proud and I must encourage all Nigerians that we must save this country,” Nunieh said.

“He said I did not bring money and that I was talking to ministers against his presidential ambition. He gave me a list of people to employ, I said I will not employ them because the youths in our zone have not gotten jobs.”

She also accused Akpabio of blowing up pipelines to cover up his illegal activities. At this point thugs came in trying to disrupt the proceedings and an argument ensued.

In his reaction, rather than address the accusations, Akpabio attacked the personality of Ms. Nunieh saying she had anger management issues and needed to see a doctor.

Reacting to the situation Nigerians expressed the view that the government of muhammadu buhari and the APC has become worse than when the PDP was in Power.

Some others also viewed that thugs trying to disrupt the press conference means that Akpabio was trying to hide something. They said it was a pity that so much fraud was being committed against Nigeria.

That Akpabio sent thugs to blow pipelines wasting millions of resources that should benefit the poor just sabotage ahh ahh ahh See people we thought are adults in the mantle of power, Forcing people to take secret oath to steal while someone else would be held responsible.

Will Nigeria ever be a better place with all this fraternities? 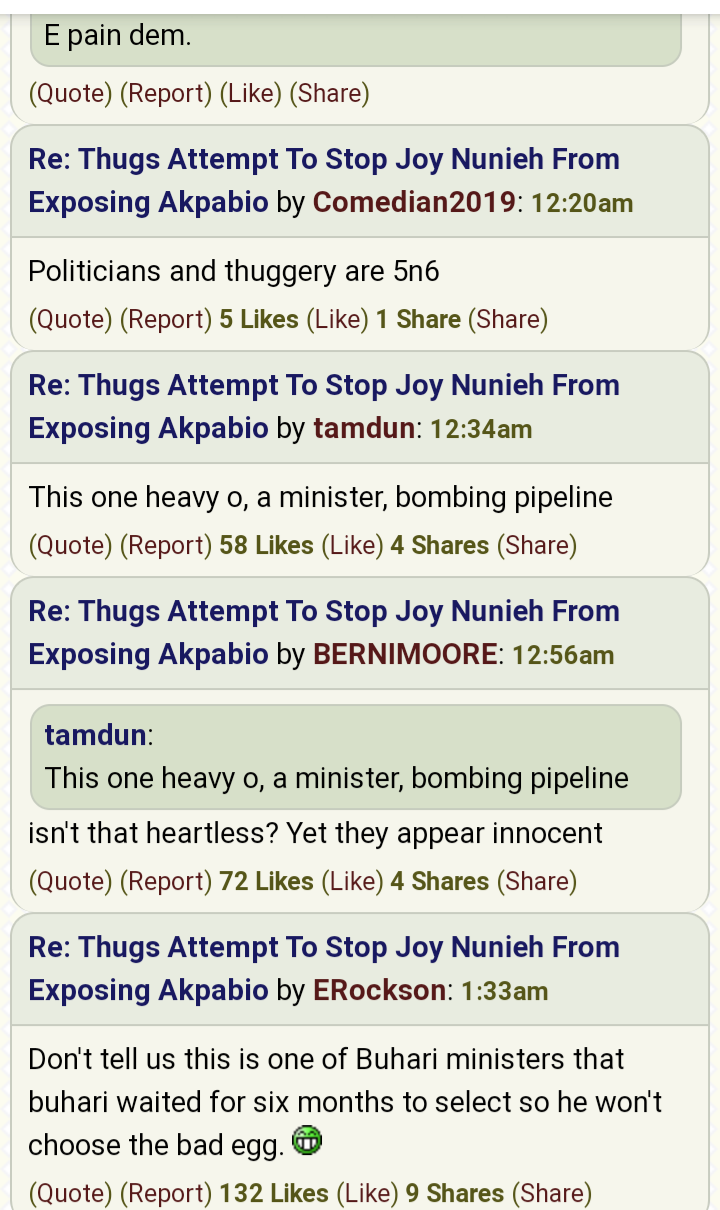 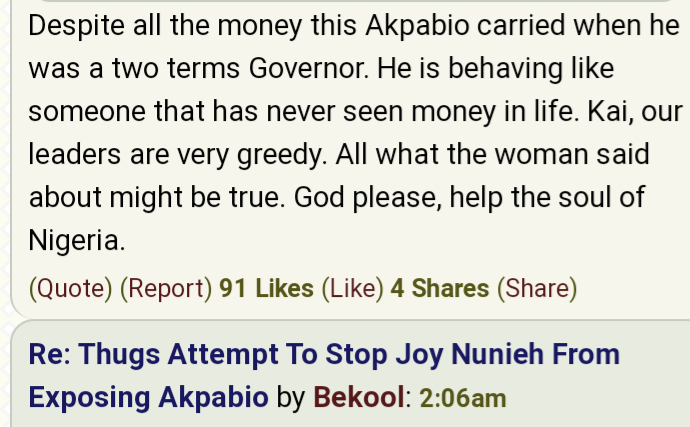 Nunieh: Akpabio is guilty of budget padding and other forms of corruption.

Akpabio: it's not so, you married 4 husbands.

Akpabio engineered the corruption going on in the ministry and he is a friend to this government because he sales out akwa ibom state to APC and APC reward him with that position shunning all the credible individuals from the region.

You knew ND more than I do.

Akpabio’s best rebuttal or defense line is that fmr Acting MD of NDDC boss Joi Nunieh had 4 husbands and she has temper issues.

See how they are handling issues of corruption in Nigeria like a Primary school Cultural dance troupe.

You may be dancing and your wrapper falls..

Senator @Senator_Akpabio sat in front of me in the law school. This is not what they taught us.

Whenever a woman shows up with knowledge of what she's talking about, ppl like this try to dismiss it with silly potshots at her life.

Nobody is talking about this woman that exposed Akpabio corruption and even tried making her take oaths. She gave names, meeting points etc.

This is why I like women. She gave names. Not a single fear at all.

Magu can't even name one name since.