A country on the brink of a crisis was further thrown into disarray as the citizens expressed their shock and anger to the purchase of Government bonds by Goldman Sachs.

Venezuela, a country whose citizens face an impending a shortage of food, medicine and clean water as the government had mismanaged resources and large debts accrued over prolonged periods.

According to CNN, Goldman stands to make a nice profit from the purchase. It allegedly paid just 31 cents on the dollar, or $865 million, for bonds that were originally worth $2.8 billion. In other words, it got a huge discount on the bonds that pay a high return.

The company also bought the bonds from a middleman broker and says there was no direct interaction with the Venezuelan government. But the government seems to have already benefited from an increase in reserves and some Venezuelans are livid at Goldman’s decision.

While Goldman-Sachs stands to make an alleged fortune from the deal, it leaves the citizens of the country in a more precarious position with famine and epidemics not too far off.

Venezuela’s top opposition leader and president of the National Assembly Julio Borges fired off a letter to Goldman Sachs CEO Lloyd Blankfein outlining his concerns and “outrage” that the investment bank had bought the bonds, the Miami Herald reports.

“Moreover, the fire sale nature of this transaction is clear evidence the Maduro regime did not have Venezuela’s best interest in mind when conducting this operation,” Borges wrote. “The regime’s decision to conduct this transaction was made under duress driven by its desperate desire to gain resources needed to secure weapons and other instruments of repression in order to stay in power.”

Venezuelans in the US have also carried out a planned protest on Monday in front of the Goldman-Sachs New York Office. 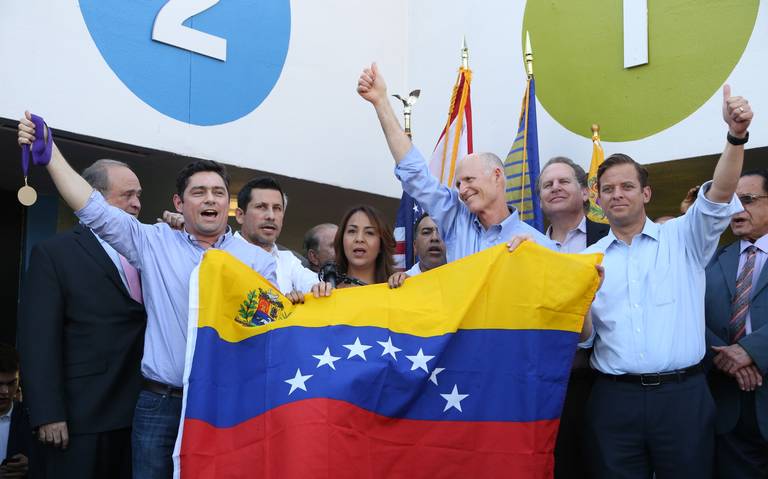 Some investors who focus on Latin America investments also expressed their disappointment over the Goldman purchase.

“I find what Goldman did morally reprehensible,” says Russ Dallen, managing partner at Caracas Capital, an investing firm in Miami. It doesn’t own any Venezuelan government debt.

Trading defies month end pressure on NSE, index up by 0.73%