Photos: Last Terrified Text Message From One of the Victims of Orlando Shooting To his Mother

The Pulse club in Orlando, Florida was the scene of the worst mass shooting in USA’s history. 50 people were said to have been killed by the gunman who was identified as Omar Mateen.

In one of the sadder subplots of this story, screenshots of the last conversation between one of the victims, Eddie Justice, and his mother.

Justice, an accountant, was trapped in the bathroom where he was then later killed by Mateen.

His mother, Mina, and Eddie shared text messages as he frantically told her to call the police. They did not make it in time.

You can see the chilling messages below. 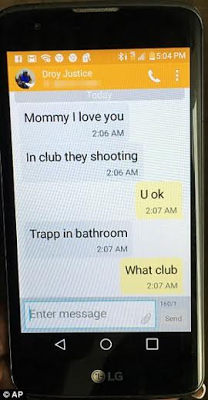 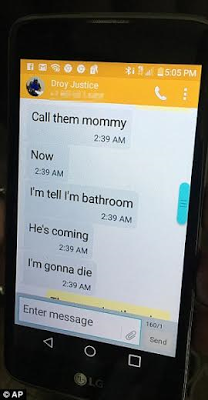 Why I Decided To Become Flavour’s Baby Mama – Anna Banner

Omotola Jalade and Fan Take Swipes At each other on Twitter