He was an employee of an NGO based in Kamwokya, Kampala had travelled to Gulu on a work-related trip.

He had decided along with some of his colleagues to go and have fun at the falls.

Just minutes before he drowned, he first took pictures, then he sat down and put his feet in the water as his friends took pictures.

Kizza slipped down the waterfall and by the time help was able to reach him it was too late.

Police came in later and managed to retrieve the body.

It was transferred to Lacor Hospital in Gulu.

Kizza was in charge of research and human resources in the NGO, Innovation for Poverty Action, Uganda.

Fredrick Mugabi, one of his friends says Kizza’s wedding was scheduled for August and wedding meetings were already going on. 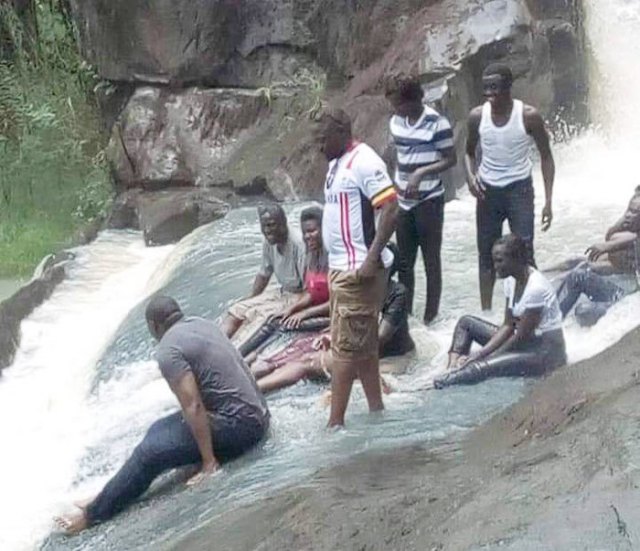 Congratulating Buratai, other servie chiefs is an insult to Nigerians –…