Premier League Is Back! Arsenal Cruise To Victory In Opening Fixture

The English Premier League season is back and Arsenal has started off, firing all cylinders in their 3 - 0 victory over newly promoted Fulham

New signees Gabriel and Willian impressed the faithfuls as Arsenal cruised away in a fine win against promoted Fulham in the opening fixture of the Premier League season.

Former Chelsea winger Willian had a hand in all three goals and Gabriel – a £23m signing from Lille – scored in his first game in English football. 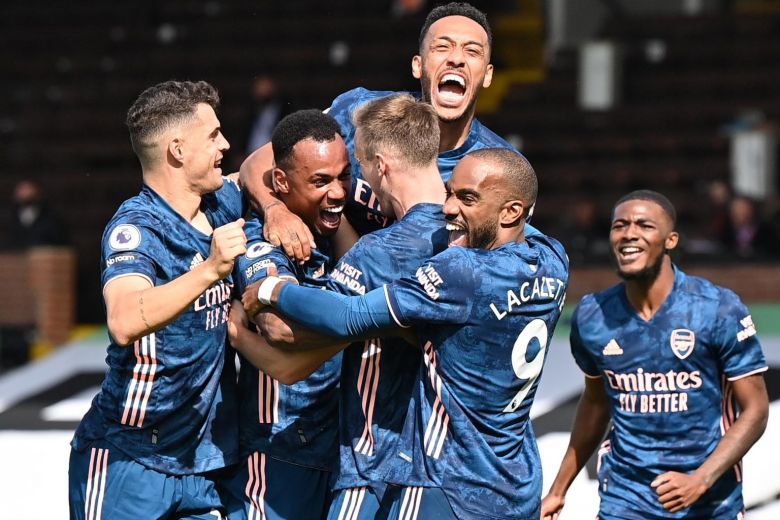 Arsenal were highly impressive, while Fulham caused themselves too many problems at the back.

Both sides have played and won at Wembley – twice for the Gunners – in the 48 days since the last Premier League season finished.

Alexandre Lacazette scored the opener from close range after Willian’s effort was saved.

Centre-back Gabriel then scored from Willian’s corner with his shoulder. Willian, who also hit a post from a free-kick, picked out Pierre-Emerick Aubamayeng with a perfect cross-field ball and the captain curled home Arsenal’s third.

Fulham created few chances, with last season’s top scorer Aleksandar Mitrovic coming on with only 27 minutes to go and forcing Bernd Leno into a save.

There were signs of improvement under boss Mikel Arteta last season, with Arsenal showing a new defensive solidity and looking confident going forward.

They won the FA Cup final and Community Shield – against Chelsea and Liverpool respectively – at either end of August.

Despite a pre-season break of less than a month, they are in good shape if this performance is anything to go back.

Arsenal substitutes Dani Ceballos and Eddie Nketiah clashed twice in the pre-match warm-up over a training drill, but there was total harmony among the 11 players who started. 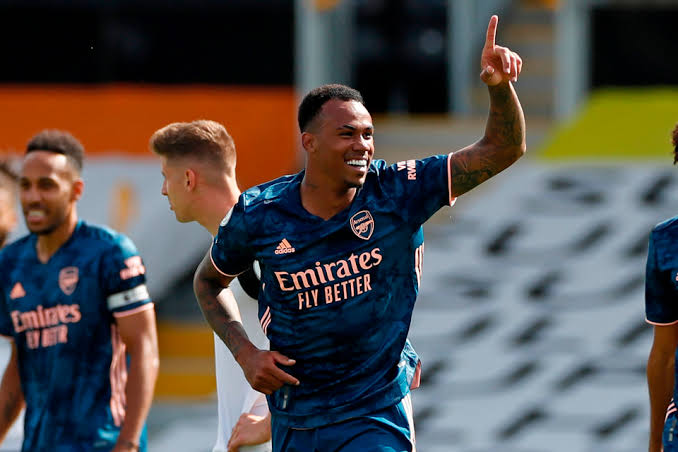 Fulham had little answer to Arteta’s tactics. Ainsley Maitland-Niles was nominally a left wing-back but spent a lot of his game in midfield, with central defender Kieran Tierney playing almost as a left-back.

Leno started in goal, with Emiliano Martinez, who ended last season as number one with Leno injured, reportedly set for a move away.

For the fourth season in a row it took less than 10 minutes for the opening goal of a Premier League season, with Lacazette becoming the first player to score the first goal in two different seasons. He made no mistake from close range after Marek Rodak parried Willian’s shot.

The dominant Gunners should have been further clear at half-time, with Willian striking the base of a post with a fine free-kick.

The second half followed the same pattern and Arsenal made the game safe.

Gabriel became the third Arsenal defender to score on his Premier League debut as he turned home Willian’s corner. He tried to head the ball but it went in via his shoulder. The new laws this season say if the ball hits the area where a T-shirt sleeve would be, that it is not handball.

SWAN Appeals to Gov. Uzodinma to Save Heartland FC from Extinction