A TV producer, Youcef Goucem, who used to work with an Algerian media organization, Dzair TV, has died.  Youcef had set lit himself up with fire two weeks back, after the owner of the organization he worked for refused to pay his wages.

The 61 years old  allegedly poured inflammable substance on his body while at work, yelling that he has been owed some money since 2017. 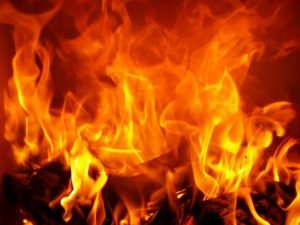 Youcef’s incident promptly invoked criticisms. Television station workers in Algeria began to explain the level of “anxiety” that comes with the job.

Although he had been under intensive care since he burned himself, Youcef has eventually given up the ghost as a result of the burns.

While reporting the initial incident that led to Youcef’s death, Dzair Tv stated that the case was “a commercial dispute that had unfortunately turned into a drama”.
The station equally explained that their new boss told Youcef that his demand was already being processed before he went ahead to kill himself.

2019 Elections: No food, no phones at polling booths in Kwara- INEC

Ezekwesili’s party fumes over her withdrawal from race, adopts Buhari