The Resident Electoral Commissioner (REC) for Rivers State Aniedi Ikoiwak, who issued a statement with the poll results, said “some of the State/Federal Constituencies and Senatorial seats are inconclusive as a result of reports of election cancellations and elections not conducted for reasons of serious violence in some units.”

He added that a “new date to conduct [the remaining polls] will be communicated to the public after due consultation with the Stakeholders.”

According to Mr. Ikoiwak a total of eleven State constituency and four Federal constituency results have been declared by INEC to date.

The full poll results and statement can be read below: 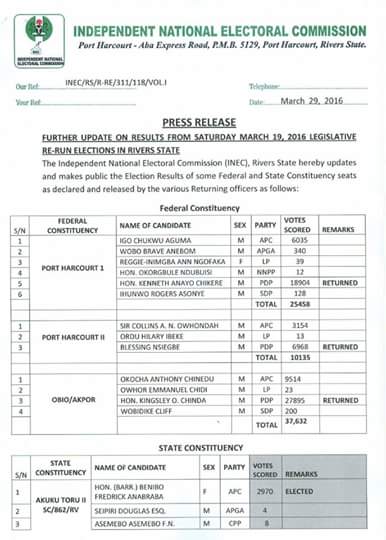 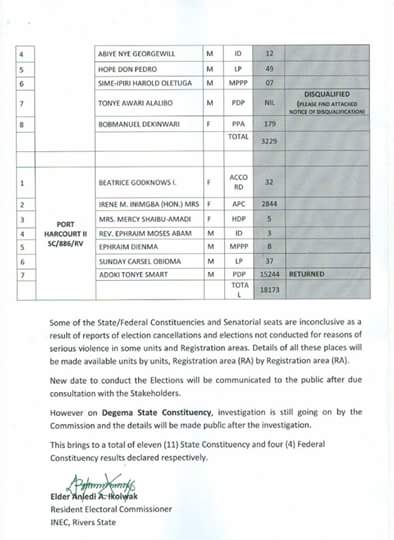 APC would have won nothing without Tinubu- Buhari

“Give us palliatives” – Abia transporters beg enforcers of IPOB…