A first half goal from Lys Mousset sealed a famous victory for newly promoted Sheffield United condemning Arsenal to another away loss. 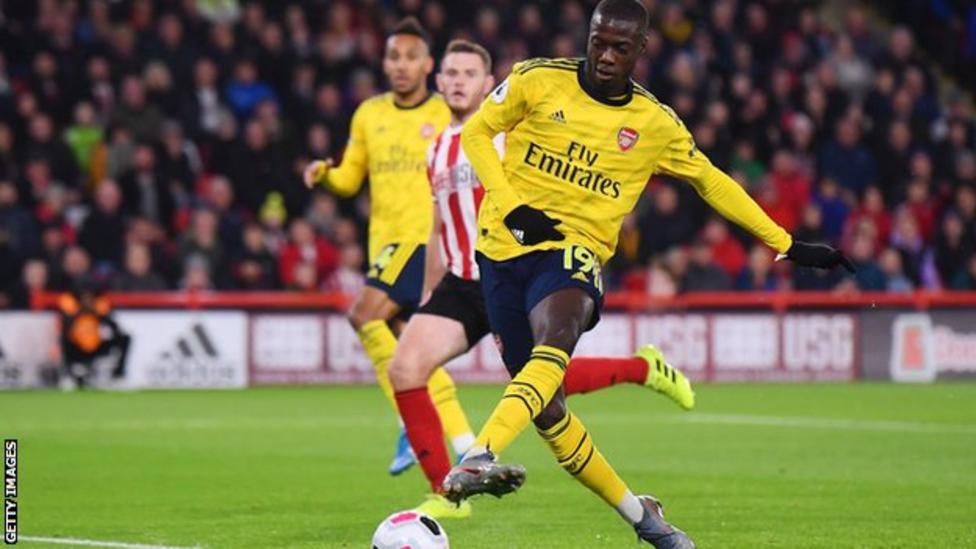 Record signing, Nicholas Pepe had earlier squandered a golden opportunity that could have changed the script of the match for the Londoners but puts his effort off.

Arsenal conceded 8 corners and lives to rue one of them on another disappointing night for the Gunners who now sit fifth on the log after missing on the chance to go back into the top four with Chelsea now occupying fourth, Arsenal are behind them two points adrift.

It was Mousset’s first league start for the club and what a start for him after a slow start to life at Sheffield coming off the bench on five occasions.

Historically Arsenal has now lost more games away at Sheffield than at any other ground in the league.

Coach Unai Emery faults VAR for not awarding what he felt was a clear penalty.

Referee Mike Dean dished out two yellow cards for diving on Monday night and has now booked more for diving offences than any other Premier League referee this season.

Despite missing a good chance, Nicholas Pepe was the outstanding player for Arsenal on the night but at the end of 90 minutes it was Sheffield United 1 Arsenal 0.

Church gets closed down by Court over noise pollution