Josiah Thubane, a teacher in South Africa has confessed to the killing of a 13-year-old female albino with the intention of using her body parts for rituals, otherwise referred to as “muti.”

Reports revealed that the deceased, Gabisile had been kidnapped by the teacher and some other men from her residence in Mpumalanga, back in 2018, alongside another 15-month-old baby who happened to be her cousin.

However, the infant was thrown down from a bridge and into a dam as Gabisile was the only one they actually needed. 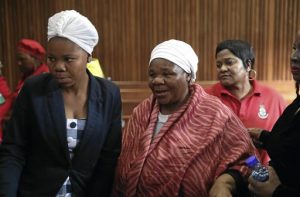 Speaking on the outcome of the incident at a court hearing on Tuesday, August 20, Gabisile’s mother, Anna Shabane, explained that security had been beefed up in her resident since then as her family was torn apart by the tragedy.

She said, “I was close to my daughter, and her twin sister Khanyisile has been more shattered by her sister’s passing. The manner in which she was killed makes me feel that they should have taken me and not her.”

Anna continued her testimony, sobbing as she said, “I replay the vivid images in my head over and over again and I keep hoping she would come back. She was young and had a bright future ahead of her.

“I was helped by the municipality after my family was attacked to build a wall around my home and to put in cameras, but my community accused me of selling my children for money to renovate my home.” 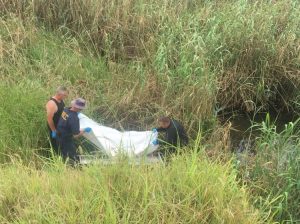 In his confession to the crime, the forty-year-old teacher revealed that he was aware that Gabisile was abducted in the bd to use her body parts for rituals, and he personally threw her infant cousin of the bridge.

He said, “I admit that on the 27-28 of January 2018 I did unlawfully and intentionally kill the baby by throwing him off the bridge of Zaalklap River. I admit that on the next day in Cullinan, I killed Gabisile Shabane, a 13-year-old.”

Nigerian Singer, Skiibii Screams as He gets slap massage In Turkey- Video