The core issue relates to WhatsApp’s data-sharing procedures with Facebook, with many users concerned an updated privacy policy going into effect on February 8th will mandate sharing of sensitive profile information with WhatsApp’s parent company.

“We want to be clear that the policy update does not affect the privacy of your messages with friends or family in any way. Instead, this update includes changes related to messaging a business on WhatsApp, which is optional, and provides further transparency about how we collect and use data,” the website reads. 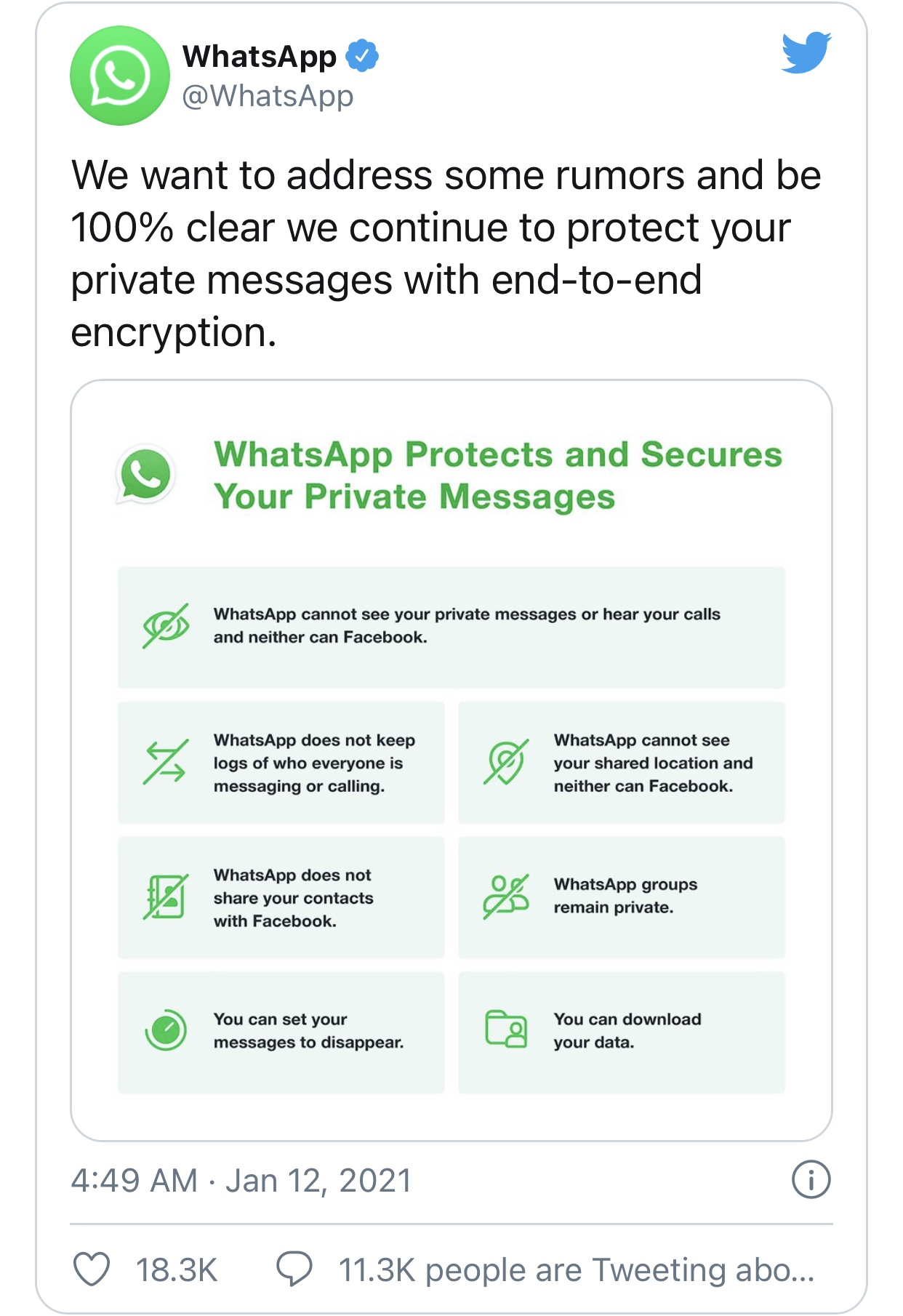 According to the company, both WhatsApp and Facebook can’t see users’ private messages or listen to their calls. The platform also doesn’t collect information about who people message or call, shared locations, or users’ groups and contacts.

Signal meanwhile, making most of the opportunity has become the number one app on App store in India and on 3rd position on Google Play as on January 11.

Signal also tweeted that it is being listed as the top free app on Apple’s App Store charts in India, Austria, France, Finland, Germany, Hong Kong, and Switzerland.

WhatsApp facing new challenges saw 7 per cent drop in daily download as of Sunday, compared with Wednesday when the app was downloaded by nearly 1.2 million users on Jan. 10, according to Apptopia.

IT expert urges FG to reduce taxes on startups