An 18-year-old Morehouse College student named Jauan Durbin is gaining national attention after he posted online a text message conversation that he had with his mother after he posted pics of himself wearing makeup on Instagram.

Here is how his mum responded to the pics: 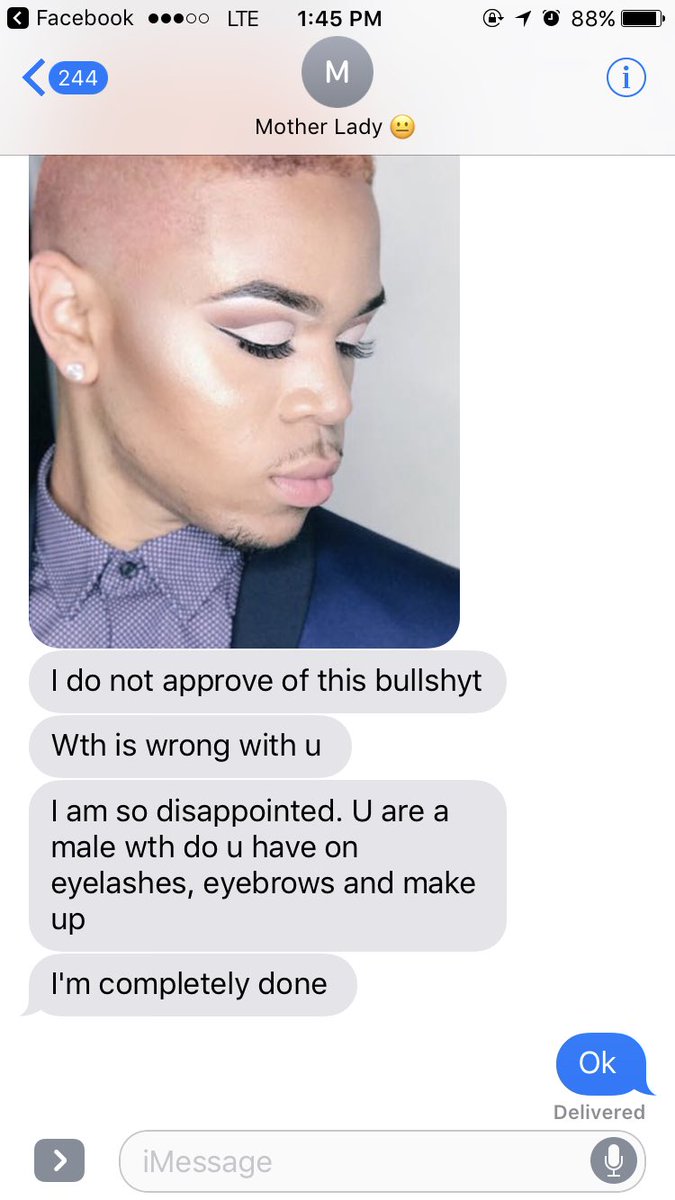 While speaking with the website MIC.com and he basically indicated that his mum had  “disowned” him. Here is what they are reporting:

“Since his mother first discovered the viral tweet, he and his mother, who he’s described as having a rigid sense of gender norms, have not communicated.”

“Durbin has words for those who feel he should have kept this a private matter: “First of all, you’re not in my shoes,” he said. “I’m sorry that you feel that way but I’ve empowered way more people through my actions of posting that.”

“He’s not being hyperbolic. According to Durbin, he has over 200 messages piling up on Twitter of strangers thanking him for being strong, not only for himself but for them.

The outpouring of support, he said, is like a “low-key band-aid” on what he describes as metaphorical “cuts and bruises” from the harsher words some have lobbed at him.”