A domestic violence victim has gotten the attention of many people after her devastating story was revealed to the locals at the Bay Area of  California, in the United States. In fact, some have begun to find ways to help the woman solve some of her health challenges.

Atsade Nigese who hails from Ethiopia was disfigured by her husband after he poured acid all over her face and body.

While narrating her ordeal, Nigese explained that her husband who was a Federal Police officer in Ethiopia, would abuse her physically, and at a point, broke her teeth.

Things then became worse after she informed him of her wish to dissolve their marriage. Nigese stated that on one particular night, her husband threw a large quantity of acid on her. 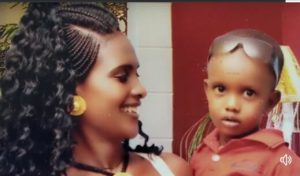 The woman has become blind as a result of the incidence, with scars in different parts of her body. The incidence disfigured her so badly that even her son stayed away from her because he could not identify any other thing apart from her voice again.

Akilu, who served as Nigese’s interpreter, was responsible for flying her to the US as she had once been in an abusive relationship as well.  She explained how she helped in getting her a visa and expressed how happy she would be if Nigese regains her sight.

.Akilu stated, “I want her to get her vision, that’s my dream. I see myself through her. I’m lucky I run from him. So today I have the ability to help others.”

Nigese has been learning how to do things by her self since she got to the States. She walks around with a cane for three hours a day. She has also begun to learn how to speak English, and volunteers have been supporting her by being by her side.

Meanwhile, doctors at the University of California are already carrying out tests on how to reconstruct her eyelids, mouth, and ears.

Also, read: Why We Can’t Take Any Action On Okorocha’s Certificate Of Return – APC