BBNaija: Toyin Lawani shades Housemate who underwent Plastic Surgery to look like her

Celebrity Designer, Toyin Lawani has opened a fresh can of worms about an undisclosed housemate who underwent plastic surgery to look like her, after insulting her years back.

Toyin referred to the altercation between Lucy and Nengi who body-shamed each other. Lucy called Nengi a flirt who basks in the attention she receives from men. Nengi replied by calling Lucy an old hag and likened her to the shapeless Amoeba.

In Toyin’s post, she disclosed her baby daddy’s girlfriend used his phone to troll her on Instagram but she kept mum because she did not want to engage in any drama for the sake of her children.

Mocking the unnamed housemate, Toyin Lawani said it was ironic that Lucy was the hearer of the same words, used against her years back.

The celebrity Designer revealed she travelled to Turkey to remove fibroids but the unnamed housemate who thought she went to for plastic surgery, took to her baby daddy’s Instagram account to rain insults on her. 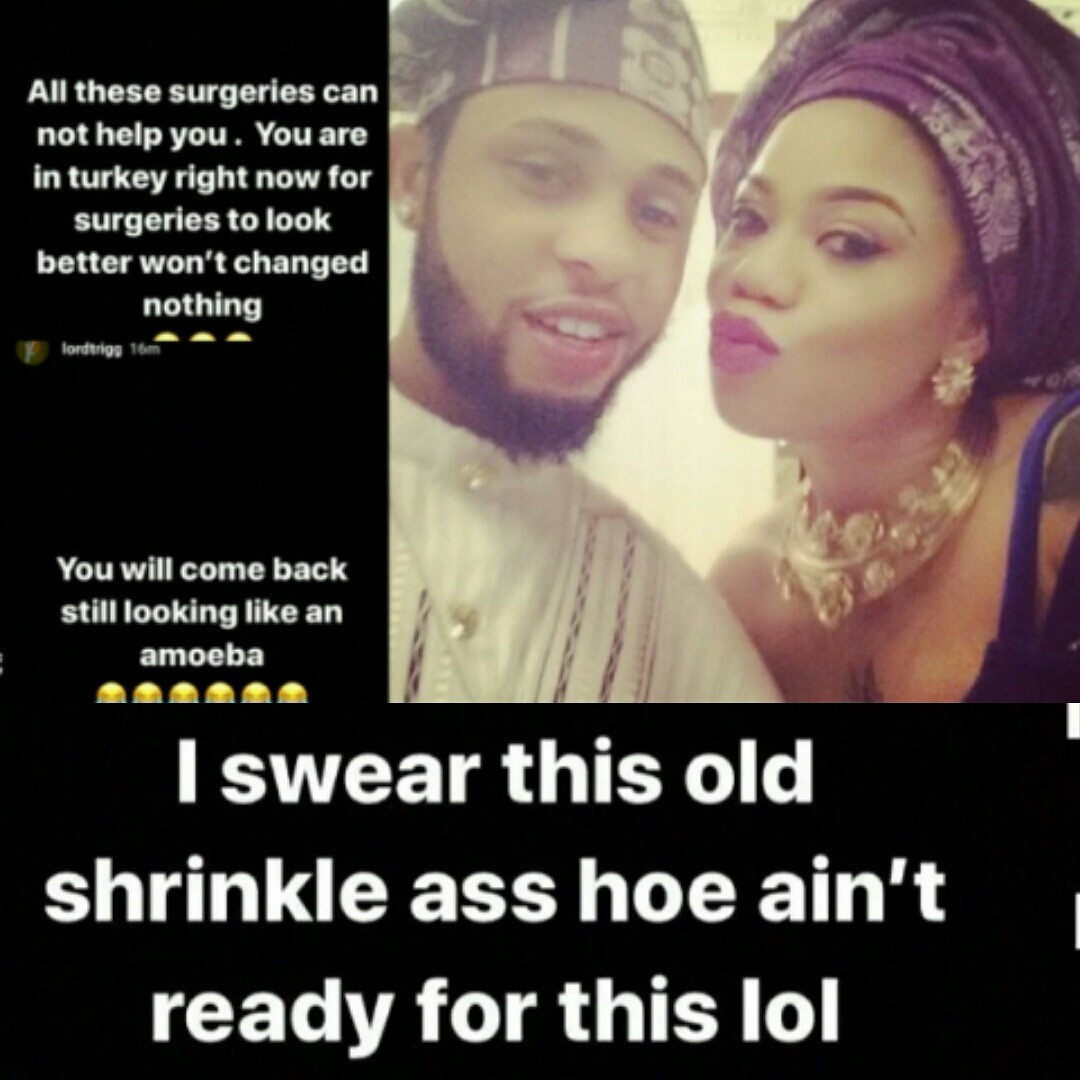 However, the same lady who body-shamed her later underwent a surgical procedure to look like her, narrated Toyin Lawani on Instagram.

“See a lot of people judge me for my actions atimes ,but don’t know the real reason behind them&call it hating ,A while back I had issues with my ex over our kid ,his new female counterpart took his phone &wrote all this about me which I later found out he didn’t do&those were not his words ,I didn’t respond to this then ,we settled behind closed doors cse that’s where relationships shld be settled cse my kid was involved ,I had my own love interest too at that time so that wasn’t my issue atall, the blogs took it up&started trolling me&yet I didn’t respond, cse of my son.

“See if u knw me u will knw my kids mean alot to me&I’m a very peaceful selfless dwn to earth person but I don’t tolerate bullshit& I say my mind,most people dnt like people who speak their truth, I will do anything to keep my kids safe&connected to their family regardless of our differences, is it not ironic that the same words written on the internet were words used on national tv for everyone to see yesterday on @lucyedetofficial Be with whoever u want to be but don’t go forming super hero making videos with my kid whn u are not d mother ,people need to respect other people’s boundaries&Family

“If I hear anyone say shit on my Page again about trolling anyone or dt I’m hating on any1 cse I chose who I chose ,I will make matters worse 4u guys ,all week y’all Been writing Shit abt me on blogs&on my Page calling me names yet ignored ,d proof is there for u to see on national tv ,Atleast I didn’t go on tv to put words in the mouth of the culprit , yet same person went under d knife to look like me
Is life not so funny

“Wow ,yet it was Fibriod surgery&breast lump removal I went for ,See the internet never forgets ,be careful of ur actions for future reasons like this ,Well I have forgiven all parties involved a long time ago, I know more but won’t play all my cards at once.

“I’m here waiting for all d names u hv called me& abt to call me, later they will say u want to trend,are u blind I hv bn trending before social media ,if she didn’t look for my trouble low key in the past I wouldn’t look for hers in the future ,do me I do you God no go vex, note that I can be petty too.”