FIFA have announced that Manchester City will not receive a transfer ban as part of their punishment for breaching rules on signing minors.

The Premier League champions had been investigated by the Fédération Internationale de Football Association for their conduct in recruiting players that are under the age of 18. 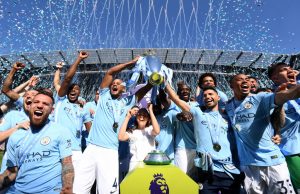 World football governing body has announced that City has been slapped with a fine as opposed to being banned from signing players as was in the case of Chelsea FC.

“Manchester City FC was found to have breached, amongst others, Article 19 of the FIFA Regulations on the Status of Transfer of Players,” read a FIFA statement.

The Disciplinary Committee took into account the fact that Manchester City accepted its responsibility and therefore sanctioned the club with a fine of 370,000 Swiss Francs.

In recent years, Barcelona, Atletico Madrid, and Chelsea have all been served with transfer bans for breaching rules in signing players under 18. Chelsea FC is the most recent of the aforementioned football clubs to have been served with a transfer ban by FIFA. They are currently serving a transfer ban which will prevent them from signing any new addition to their squad till next summer.

However, City appeared to have avoided that for now due to admitting their wrong-doing in the matter. 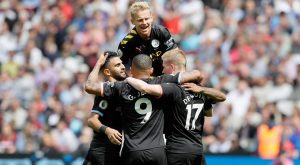 Eyebrows have been raised about FIFA’s decision to ban Chelsea FC while only serving their partner-in-crime, Manchester City with a mere fine. Well, now you know, even FIFA favors a repentant offender.

Kind of reminds you of an African proverb.

Diabetes foot, most common cause of non-traumatic amputation in Nigeria – FG