Former Arsenal youngster, Serge Gnabry scored four as Bayern Munich humiliated Tottenham on Tuesday night. By that feat, Serge Gnabry has now become the first player ever to score four in the second half of a Champions League match. 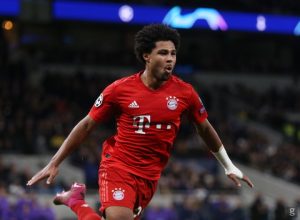 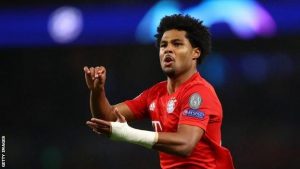 Heads are down, chips are down and moral is low in the Spur’s camp. What can coach Mauricio Pochettino do to change the fortunes of his team. 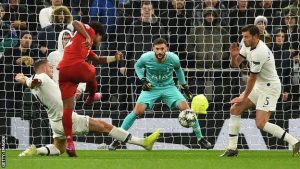 Tottenham away form in the Premiere League has been consistently poor since the end of last season and has continued into the season. Seven games have been played this season already and Spurs are yet to win a game away. 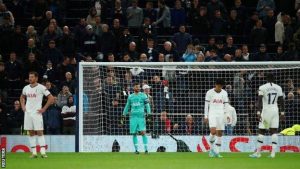 Lewandowski score in each half after Joshua Kimmich’s first goal to overturn a one goal Tottenham lead and made it 1-2 to the visitors by half time beating Hugo Lloris from 20 yards much like Kimmich’s goal. Harry Kane put one back for Tottenham giving them a glimmer of hope but the hope was soon snuffed out when Bayern netted three more. 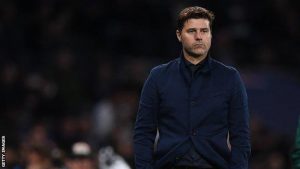 Spurs left the pitch to jeers of the fans with the only positive being that they played in the final of last season’s competition after having lost the first two matches too. But the manner of this loss is one which will take some time to recover from and coach Pochettino will need to re-motivate his Tottenham side if they are to avoid a complete capitulation this season.