Kia is getting a new Logo – Check it out

Korean automaker Kia has applied for a new logo design in an application filed with the Korean trademark office. The new logo appears to be planned in both red and black versions which suggests Kia may want to use the red logo on performance models. At the time of this publication, approval is pending but the new logo has already been featured on a concept car, the Imagine by Kia.

Kia’s look has transformed dramatically over the years from the first sedan sold in the U.S to the sleek Stinger and Telluride we are now accustomed to. The new logo is a statement by the Korean automaker to seal its image as modern and innovative.

Kia appears to be gunning for a modern interpretation of its famous badge an oval with legible capital letters. 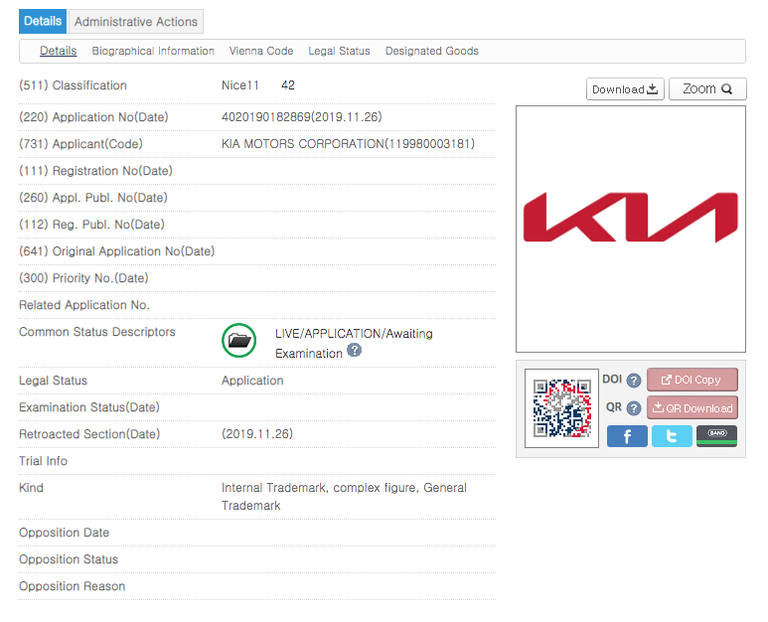 The new design was filed with the Korea Intellectual Property Rights Information Service (KIPRIS) and comes with both red and black, with the red variant likely to be reserved for performance cars in the same way that Honda’s red badge is used on the Civic Type R. The new logo will spell out with the name Kia, but with a strong triangular motif and the letters are all connected.

Going on the KIPRIS website shows that Kia initially applied for the trademark on July 19 with KIPRIS, and there were additional filings on November 26. The official stamp of approval is still pending from Korean authorities as can be gleaned from the document above the registration date and publication dates are left blank.

The new logo design has already been seen in public when it appeared on the Imagine by Kia concept vehicle earlier this year. It was in white on the concept since it was illuminated on the car itself. Fingers are crossed to see where Kia will put the logo next year.

I was not Placed Under House Arrest — Oshiomhole