A Nigerian Lady has slammed Ned Nwoko for saying he married Regina Daniels because she was still a Virgin when they first met.

In a recent interview, Ned Nwoko revealed that he married all his wives, including Regina Daniels as virgins. His statement gathered mixed reactions from Nigerians as they were surprised why he was only interested in virgins to marry.

Azuka Jebose reacting to the billionaires statement expressed her anger and disgust, she called him a “sick man-child” for publicly saying that he married all his wives as virgins.

Azuka went in to insinuate that Ned Nwoko is a cultist who worships deities, noting that he probably uses their virginity to appease deities. She also talked about him suffering from personality disorder and mental issues.

She cautioned Regina to leave the marriage as soon as possible because her life is in danger. 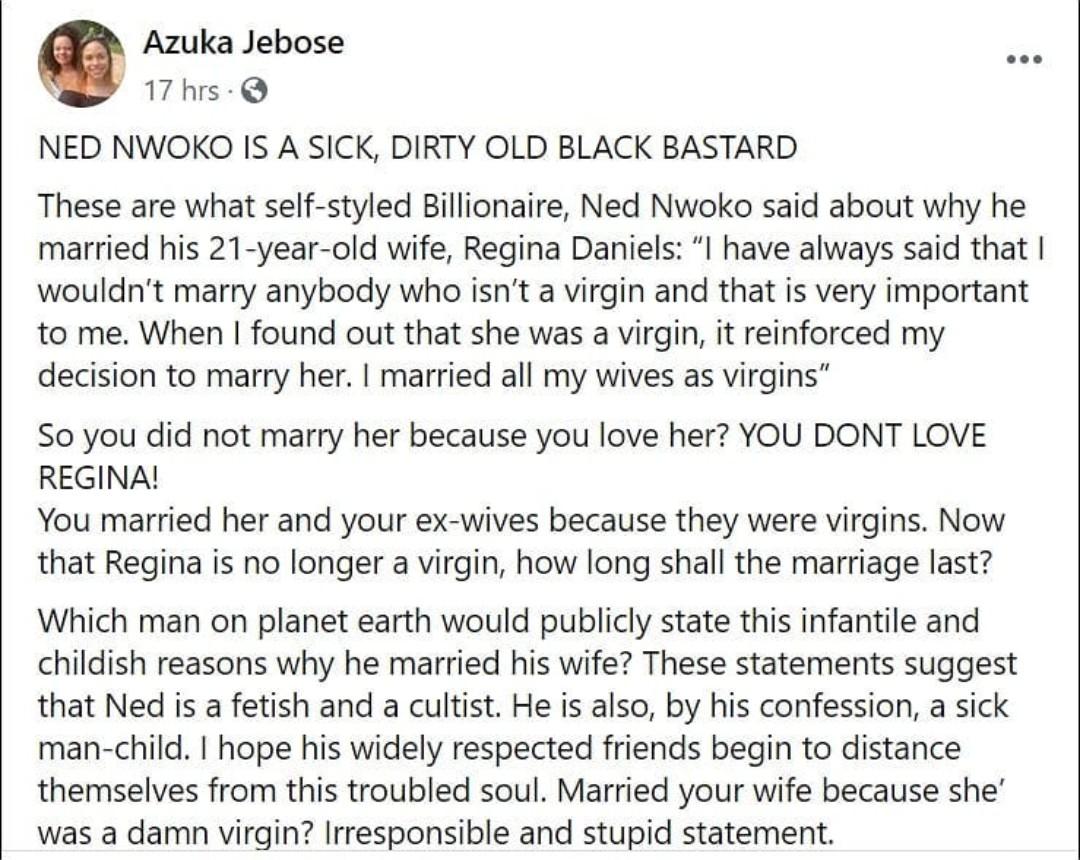 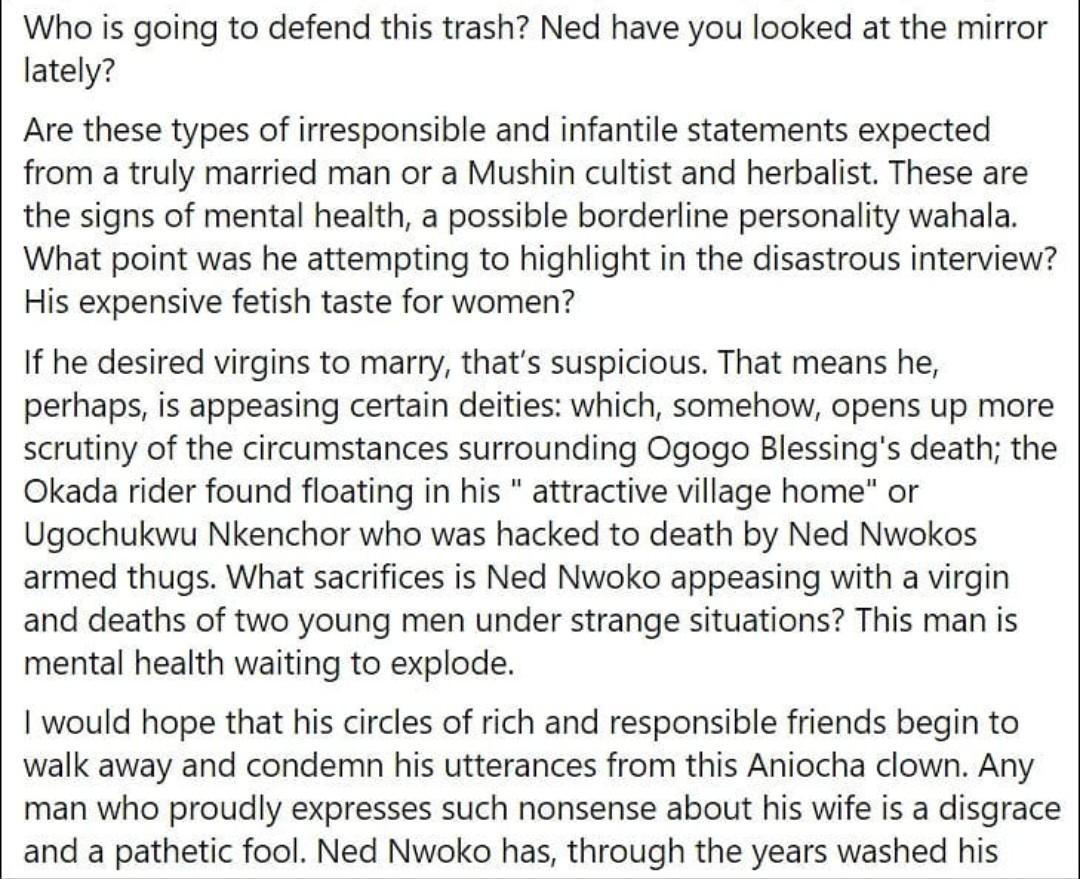 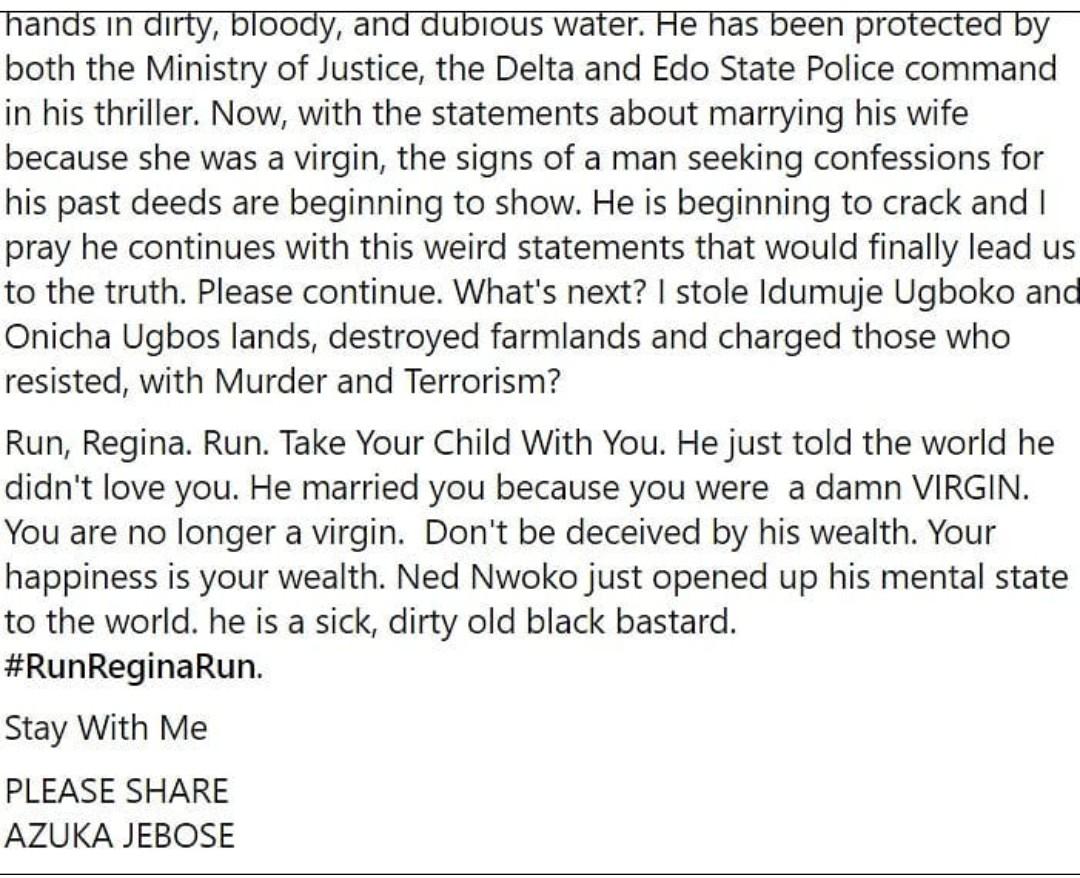 Asset Recovery: BUDGIT and CISLAC call for a Legislative Framework

BBNaija: Bobrisky takes side with Nengi as he blasts a certain “Old…

Intoxicated Woman Gets Prosthetic Eyeballs After Ripping Eyes Out