She, however, stated that she would not stop standing up for the LGBTQ community.

Earlier reports suggested that Chisom might have been coming out based on a suggestive post on social media.

She has made moves to debunk such stories. She shared a post on Instagram to affirm her stand with LGBTQ and to deny any claims of her being homosexual. 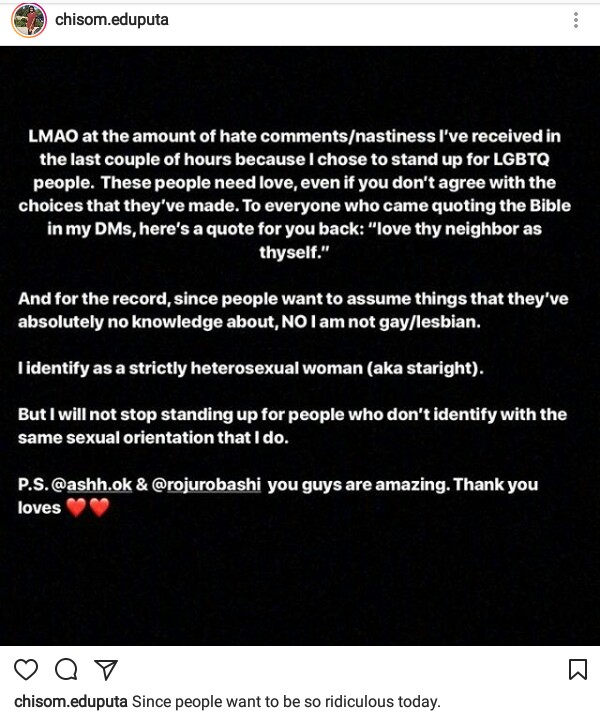 “Best Decision I Ever Made”- Nigerian LGBT activist on Coming Out