Olamide the rapper had caused a huge stir after causing a commotion at the Headies at the start of the year. It had been a big issue, so much so that Aliko Dangote had to step in to mediate.

The rapper has now released a video to apologize for the hullabaloo. He admits that the video is coming late.

He took to his Instagram to say he didn’t mean to discredit the headies or to cause the commotion.

You can see the video below. 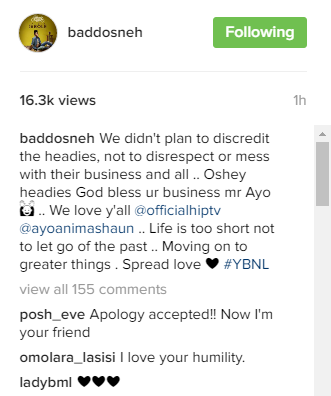 Yemi Alade Reveals The Most Painful Thing Fame Has Denied Her