The federal government has in a statement released a report on the assets recovered from the looters during the last administration but the names were withheld.

The report comes after the President had promised to reveal the names and the assets recovered from looters due to his anti-corruption fight.

You can read the statement below

Below are images that show the report in detail. 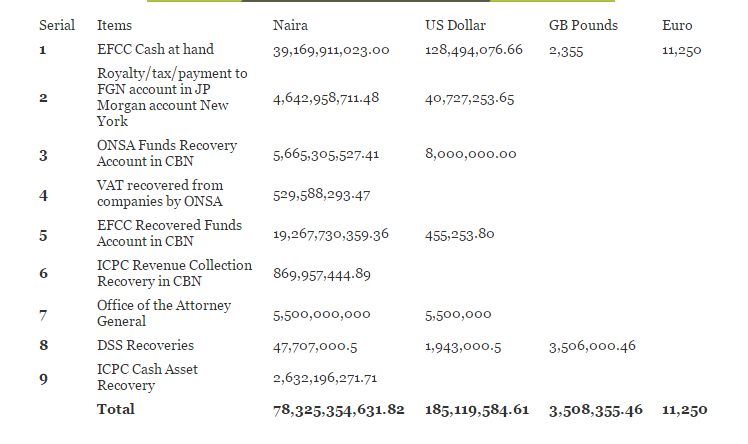 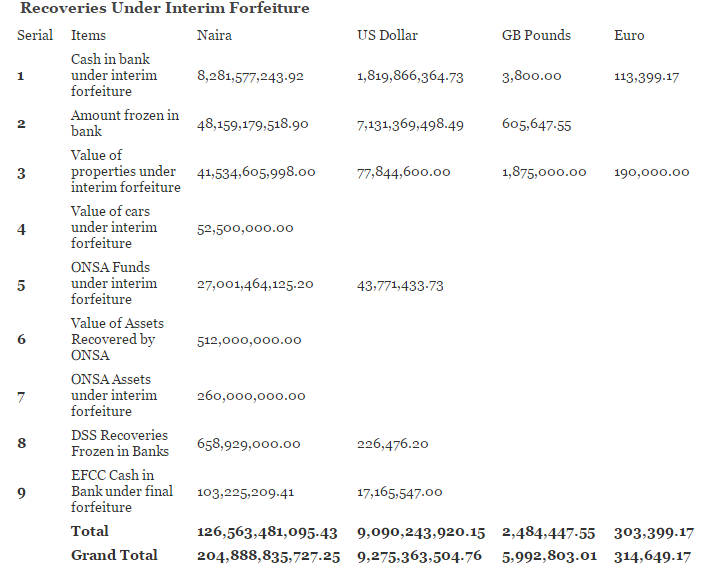 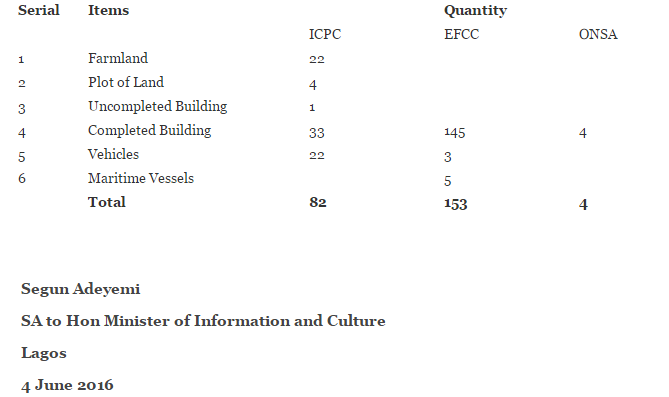 What Buhari Told Us About Herdsmen Killings – Anglican Church Primate

Buhari meets Queen of Netherlands, seeks intervention in agriculture, others