Your PVC Is Not Enough; Get Involved

Nigerians’ political consciousness has been on a steady growth since 2010, following the constitutional crises that embroiled the presidency. President Yar’Adua was bed ridden, unconscious in a hospital somewhere in Saudi Arabia and his handlers thought he needn’t handover to his deputy to be Acting President. So, for about three months, Nigeria was just floating directionless; no president, no Acting president, no leadership, no authority. In fact, the 2010 budget bill could not be signed because the president was unconscious and incommunicado in Arabia; the vice president had no constitutional powers to sign the Bill.

This led many Nigerians to taking to the streets in protest that Goodluck Jonathan be appointed as the Acting president pending when Yar’Adua will return. This movement was mostly spearheaded by former president Olusegun Obasanjo. I was part of this group, not because I believed Goodluck will make a better president but because that was the right thing to do at that time.

The above situations created a mass movement and awaken a political interest in the citizens. The voter’s registration preceding the 2011 election witnessed huge turned out primarily because the electorates were determined to return Goodluck Jonathan as president. A similar scenario played out in 2015 as people were made to believe getting their voter’s card, and subsequently voting, was the only prerequisite in voting out an ineffectual, corrupt and incompetent government of Goodluck Jonathan. Now, more than ever, the cries are louder!

The APC/Buhari government came in with a lot of promises and hopes. Many thought the Eldorado we have always dreamt of will be delivered by this regime. Everyone thought this government will put an end to corruption, our greatest menace, stunting the development and progress of this country. Thirty-three months after, the Buhari has not been able to accomplish any of his pre-presidency promises; neither has he performed to the expectations of the citizens despite the abundance of goodwill and patience he has enjoyed. Corruption still thrives unabated and sometimes encouraged or rewarded. Insecurity is still high in the country, unemployment rate is at an all-time high, disregard for and abuse of human rights cases steadily on the rise, and over 2000 businesses have closed offices in Nigeria (some moving to Ghana).

Now, more than ever, there is a wild clamour and advocacy for citizens to get their Permanent Voter’s Card (PVC) and be ready to vote out an inept government in 2019. The importance of the PVC cannot be over emphasized. However, it has been erroneously preached that getting our PVC and voting on election is enough for us to change a bad government. The truth is very far from this.

Recently, former minister of education, Mrs Oby Ezekwelsi, launch her CSO initiative, The RED CARD movement. At the core of her advocacy is the drive for citizens to get their PVCs and vote out both APC and PDP. The Nigerian Intervention Movement (NIM), which has been able to garner over one million members, has made PVC a compulsory requirement of becoming a member of the group. A few political parties such as ARNP, KOWA, and ADP have also been pushing for citizens to get their PVCs. But it doesn’t stop at getting your PVC. Your PVC is just the first step.

If the PVC is not enough to vote out a bad government, then what is? Involvement! We must all get involved in the political processes. Bad leaders are hardly voted in at the polls, bad leaders emerge from the parties’ primaries. Voting at the polls is not about making a choice; it is about validating the choice of a few people at the party level. Therefore, we must all decide a political party of our choice and register to become a member so that we can determine that only the best emerge as party candidates at elections.

For example, in 2015, despite the fact that 14 parties contested the presidential elections, the citizens considered only Muhammadu Buhari and Goodluck Jonathan as the only major contenders to vote for, although admitting that both candidates were “evil” and it was just a matter of electing a “lesser evil”. Jonathan was given an automatic ticket to run again on the platform of the PDP, Buhari won at the APC primaries where 3000 delegates voted; in essence, 3000 people decided who our president is today. If we want credible leadership, sincere leaders, we must start from the party level.

I realized this just a few years ago when I took that decisive step and joined a political party where I can have a say. Prior to joining partisan politics, I had exercised my civic responsibility by voting at every election since 2007. However, the things I wanted to change with my votes persisted. So I realized it is part of my civic duty to be political inclined and I joined KOWA Party where I rose to the position of an Acting PRO in Lagos state, a position I was succeeded from by Mr Marvins Abhulimeh who is very well suited for the role.

Nigerians shouldn’t shy away from party politics, in fact, all Nigerians, if possible, should be members of a political party so that from the party they can decide only the best, competent and honest persons emerge as candidates.

For contributions, comments and observation, you can leave a comment below or reach me via my twitter handle @VictorTerhemba

Victor Terhemba is a political and social commentator, and a talent manager from Lagos. 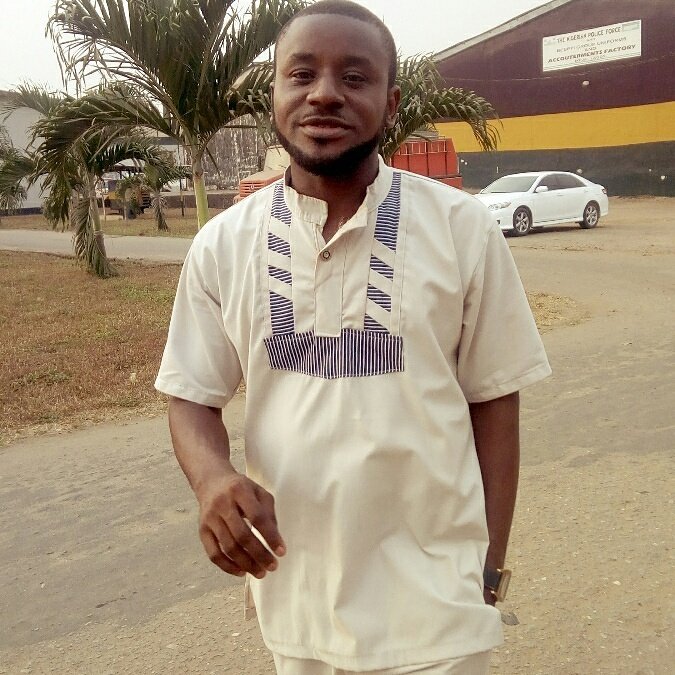 Captain Walz: A keg of TNT – By ‘Diran Adelayi

Femi Adesina: No Longer ‘An Army Of Anything Goes’