President of Zimbabwe, Robert Mugabe is a generally disliked figure around the world and any opportunity to mock his is usually welcomed.

The internet had the perfect opportunity when the President unveiled a statue of himself that struck a superman pose and was what many called less than beautiful.

The 3.8 meter tall sculpture shows the leader with one arm raised towards the sky as though preparing to take flight.

“To see oneself reproduced this way, it’s something that should be more appreciated than just by saying ‘thank you’,”Mugabe said at the unveiling. “I will say in an African way and in our own way, personally, thank you in a deeper way because it has gone deep in my heart.” 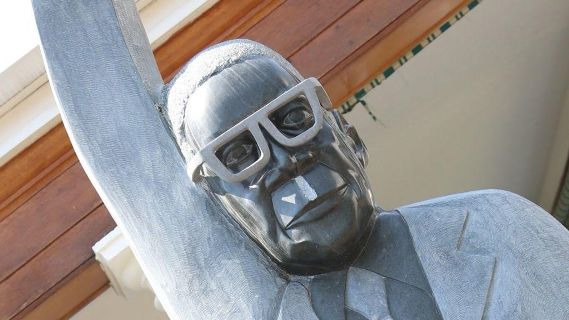 While Mugabe himself loved the statue, Zimbabweans were less than enthused with the statue, mocking it on social media.

“That sculpture was never meant to look exactly as the president’s image. I do not do exact figures.”

“This is the style I have mastered. My collectors can identify my pieces when they see them anywhere in the world because I chose to be different and that is my signature.” He said. 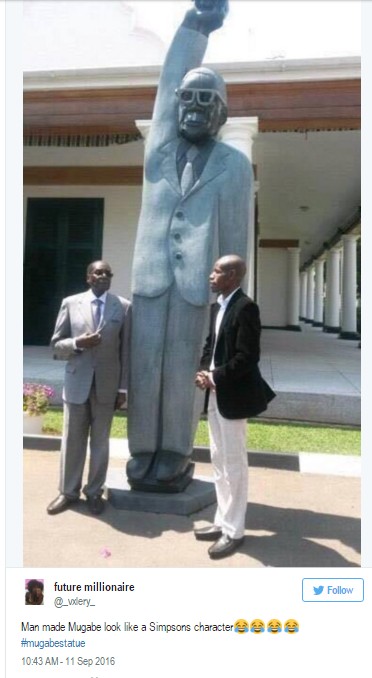 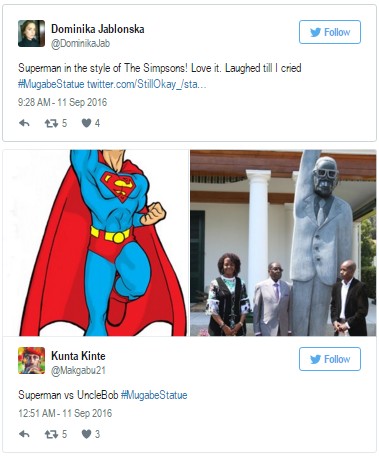 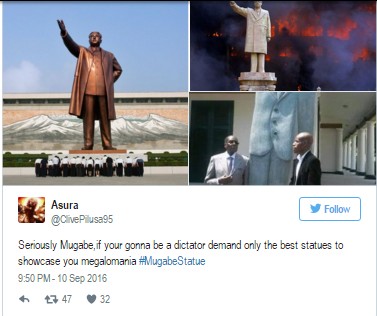 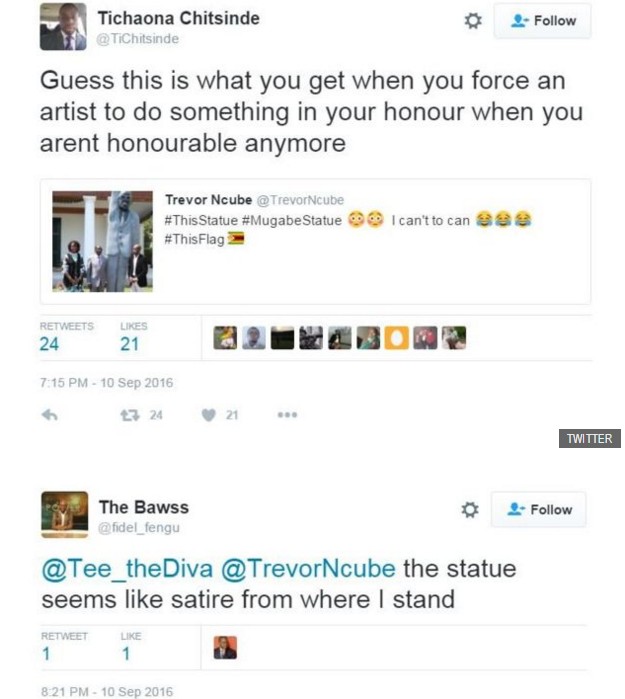